I’m over at Pick Your Portion today sharing this:

To be forsaken. Abandoned. Ignored. Disowned.

When we read the languish-laden words of the Psalmist, do we not wonder how it is that David, the man after God’s own heart, was unable to compose a cry to bend the Father’s heart? And then, how do these once prophetic words fall from the parched lips of the dying Son, the man of God’s own heart? How hard it is to understand.

If you’ve ever felt like heaven has been sealed up from your prayers, then this post is for you. To read the rest, join us at Pick Your Portion.

“You can’t push a string,” a favorite expression of my husband’s late boss, found its way out of my husband’s sales office and became a well-played line and prevailing philosophy in our home. It was our parental rallying cry against the psychological torment of two very strong-willed children.

I grew up in a different era of family life. My four sisters and I had standard-issue sass and sneak but when push came to shove the convicted resolve in our father’s eyes sobered us quickly to the path of least resistance. “Because I said so” were magic-filled words children dare not challenge.

If there is such a thing, my two boys entered the world without the authority-deferent gene. From the time they could talk, ‘no’ was attached to every phrase they said. It seemed they learned to walk only to run away from us. They were put to bed only to keep us awake. Like a surprised hiker meeting up with a bear I often postured myself to appear bigger than I am in order to hold my ground against the rebellion forces. Prior to children Dennis the Menace was a favorite classic of mine.…

I’ve never been one to shy away from a problem. In my world problems are like the Horn of Gondor, summoning solutions from far away. Creating solutions and systems is fun and energizing. A good solution to a difficult problem … Continue reading →

It always begins the same—a thousands specks of light converge above the right eye and break into pierces and prickles of pain coursing through my entire body. Some episodes I can muscle through, others lay me flat, as was the case this last time. From my upstairs bed I can hear the world moving on without me. The boy is bypassing breakfast in favor of Halloween candy from the entryway jar. His dad admonishes him not to slam the door, “Don’t forget, your mom isn’t feeling well.”

How I hate being the wife/mom/friend who doesn’t feel well. For several years now I’ve reluctantly accepted life with this stubborn autoimmune disorder. Because of it I have missed out on things I love. I have also seen the patience and kindness of steadfast love in the gracious care of family and friends. I lay blanketed in the woven mingle of guilt and appreciation…

Read the rest at Pick Your Portion.

It’s always been a thing with me, this inability to resist rushing. How many times I’ve been told my pace is too quick and my talking too fast. “Catch up!” I cry to stragglers, wanderers, and wasters of time. Waiting … Continue reading →

We sat around the table sharing the solemn celebration we often fail to rightly name as sacred. It was our twenty-second wedding anniversary and we should have been any number of places except where we were. After that many years … Continue reading →

She has done it again. Back in 2011, I shared with you what a powerful faith memoir Carolyn Weber wrote–in  it she drew out doubting places, then tucked in truth, and did it all with the beauty and grace of … Continue reading →

I made it to Friday! This is exactly the kind of week that calls for a little No-Filter Friday freedom. Sending a child off to college is stresssssful. Imagine all the emotions you have when you drop them off for … Continue reading →

There were moments throughout his childhood I thought we’d never reach this moment. He was always defying the odds, this boy of mine. At birth, infection ravaged his small little frame and the doctors had the talk with us. “Prepare … Continue reading →

This week I heard about this company, Fiverr, where you can hire someone to do random things for just $5. I perused the site for a view minutes in search of a service I might actually want to hire. The … Continue reading → 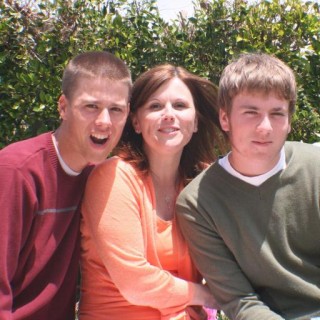